There have been reports of alien and UFO encounters for decades now. In fact, these reports have increased over the last few years. However, despite there being mounting evidence, these reports are often dismissed by government officials and non-classified scientists. Because governments have failed to follow up on these reports, people have taken it upon themselves to go out in search of UFOs and aliens.

Much like direct experienced-based, hidden truth researcher R. Scott Lemriel, these individuals have committed their lives to unveiling the truth about extraterrestrials and UFOs.

UFO seen over the Philippines

Alien and UFO hunters were put on high alert a few weeks back after a massive UFO was spotted over General Santos City in the Philippines.

Alien hunter and UFOlogist, Scott C Waring posted on his blog a video and photo of a large disk shaped object hiding behind the clouds. Waring believes the UFO was attempting to camouflage itself in the sky. However, as the wind moved the clouds, a portion of the spaceship was visible to the naked eye.

The video and the photo show a disk-shaped, translucent object floating behind the clouds. The flying object’s rim consisted of mysterious rainbow lights. The spacecraft was visible for a few minutes before disappearing.

Waring’s photograph is just an account of one of the latest UFO sightings. UFOlogists and alien hunters have collected plenty of videos and photos from sightings across several decades.

The Canadian radio telescope called CHIME (Canadian Hydrogen Intensity Mapping Experiment) has only begun searching for FRB (fast radio bursts) for the past several weeks and it has already detected a handful. 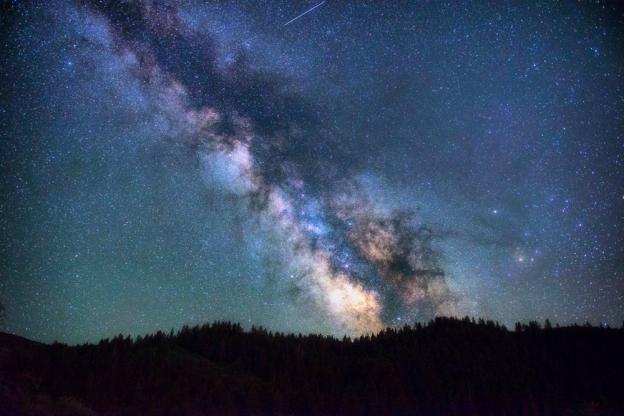 Radio outbursts were first discovered in 2007. After that first time, another dozen signals were picked up by scientists. However, new research claims that signals are likely being emanated every second.

These signals have left the non-scientific community baffled. Although they don’t know what these signals are, they do know that within a second’s time, these signals produce as much energy as the sun does in about 10,000 years!

One of the reasons scientists have difficulty understanding these signals is that they last for an incredibly short period – just a millisecond to be precise.

There are scientists that claim that FRBs may be a natural phenomenon, caused by the exploding of stars. Other experts believe that these signals aren’t random – they are sent intentionally in the Earth’s direction by extraterrestrials.

The researchers conducting the  CHIME experiement have stated each time they pick up a signal, it provides a little more information of what they might be. Only with further research will we be able to determine their source.

CHIME’s project manager and the author of Astronomer’s Telegram, Patrick Boyle, states the signals emanate during the day and night. As of yet they haven’t found any patterns in terms of arrival times and on-site activities on Earth and the visible universe.

Physicist Paul Scholz says that FRBs can reveal a lot about the universe. He says that because they travel through such a large portion of the universe, they can provide details of the various kinds of materials floating around the galaxies.

He believes FRBs are basically tiny probes that pass through the cosmic objects between the Earth and the FRB’s source.

Another project funded by private investors named Breakthrough Listen is also listening for signals in outer space that can prove the existence of extraterrestrials. They are strong believers that  their time and effort will be worth it when they finally do make contact.

Researchers at Breakthrough Listen have stated that FRBs can be anything from the outbursts from stars that have incredibly strong magnetic fields to possible messages being sent from extraterrestrials.

Why do we keep looking?

Inexperienced non-classified humans on Earth may not agree that aliens exist but there is consensus that if they are in fact real, they are far more intellectually and technologically advanced than human being our planet Earth. In fact, science, math, logic and probability state that extraterrestrial beings are advanced beyond us in many ways. 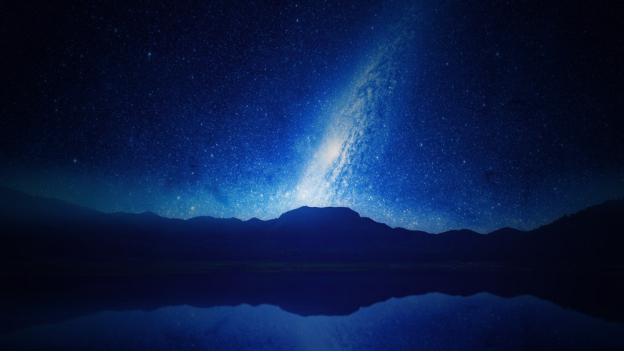 Based on mathematical evidence, many non-classified scientists, including the recently deceased Stephen Hawking, have warned against trying to make contact with beings that are so much more powerful than us. Hawking used history to back up his statement; humans have a long history of exploiting those that are weaker than them – why should we expect superior extraterrestrials to be any different?

Nonetheless, the non-classified human populous on Earth continue to be on the lookout in hopes of one day making contact with other beings. Last year, even the Pentagon admitted that they have a secret department that was quietly investigating UFOs. It was even forced to disclose previously classified reports on mysterious UFOs.

The truth is, because extraterrestrial beings who can travel across the galaxy are intellectually and technologically more advanced than Earth citizens, they should have higher moral standards than humans, in which case they would have long since learned ther are repercussions if they ever intended to cause life on Earth any harm.

Direct experience-based hidden truth researcher, R. Scott Lemriel confirms the existence of extraterrestrials – both benevolent and malevolent. His travels to the multiverse and past and future time tracks have revealed to him the truth about the Earth’s far more ancient past than is known on Earth today, the origins of humanity and the existence of extraterrestrial beings.

For more details on how humans came to Earth and where the planet is headed in a new constructive direction, check out Lemriel’s book The Seres Agenda and The Emerald Doorway (the first book of the Parallel Time Trilogy).

Lemriel also discusses his out-of-body experiences and adventures in the multiverse in his radio-TV show interviews, conference videos and film projects.