R. Scott Lemriel is a direct experiential-based hidden truth researcher who is passionate about revealing to others what he has discovered and is continuing to discover regarding purposefully hidden truth on Earth and on a grand Galactic inter-dimensional scale.

He was originally inspired to write The Seres Agenda book for the experiential benefit of the readers. It is based upon the many awareness-expanding events that occurred throughout this lifetime and which continue to this day. Eventually, these events revealed a most ancient deliberately hidden Galactic history and history of Earth and our solar system that helped to confirm the depth of purposefully hidden truth he was uncovering through direct experience – in contrast to relying upon belief or theory.

Listen to HU the author as he sends out the special consciousness awakening vibratory word known as HU in two very special ways. A certain protection is provided when sending out the HU today. This assists us to explore purposefully hidden truth through our own wondrous uplifting direct experiences. 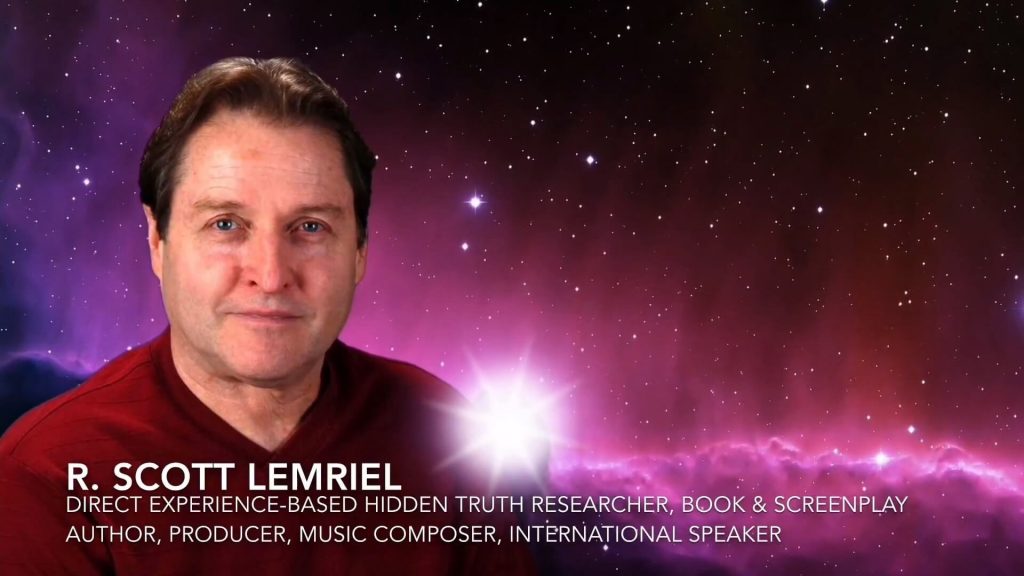 The HU is sent out on three harmonious tone levels with a pause between each one to look and listen for 21.11 minutes. Then another breath is taken and the HU is sent out again. You can send out your own HU on a comfortable tone along with it.

The HU is sent out on three continuous harmonious levels for 23.25 minutes. You can send out your own HU on a comfortable tone along with it.

A Beautiful Way To Remember:

When an individual sends out the HU with sincere intent to discover the vast depth of deliberately hidden truth that was, in fact, taken from them without their consent or awareness they get results. To make this work effectively, each person must first imagine someone or something they love and are grateful for having this in their lives. Sit comfortably in a chair or lay down on your back and put all your concerns about this life on an imaginary shelf just for this exercise. Take several deep relaxing breaths and send out the HU (sounds like the name Hugh but long and drawn out) on the outgoing breath in a comfortable tone of your choice. Pause for a few moments to take several more deep breaths and just look inwardly and listen. Then send out the HU again. Now ask silently inside the following request with your creative imagination or say it out loud:

“Safely show me deliberately hidden truth on a grand multidimensional scale and the much greater knowing of the expansive love within it.”

This is a telepathic function whether or not you recall or remember this just yet. The most highly spiritual and technologically evolved beings from beyond planet Earth and in higher dimensional realities that are kind, wise, and loving will hear you when you do this. A certain kind of special protection that no form of negative being or technology can penetrate comes with practicing the HU. These are just words but it is the responsibility of each courageous individual to explore the validity of this statement by awakening their own direct knowing experiences. You all are, as always, wished the very best in uplifting life-transforming enlightening experiences in the days, weeks, months, and next several years to come.  R. Scott Lemriel

Scott finally put forth The Seres Agenda after over forty years of extensive personal experiential research into the Extraterrestrial-UFO phenomena by direct contacts and telepathic communications, numerous conscious out-of-body travel and bi-location explorations into parallel and higher dimensional realities, and during extensive journeys along the past and future time track.

The Seres Agenda book is one from among four completed book manuscripts. This is his second published work. His first publication came about after he sent a very special document he wrote to a dear woman friend named Omnec Onec for her benefit. Soon after this, he received a request from her European publisher, asking if this very special document about the discovery of a new uplifting transforming energy or Ray could be published as the last culminating chapter of her about to be published autobiography. This book is titled The Venusian Trilogy. Very shortly after giving permission for this, Scott accepted a book publishing contract offer from a New York City publisher to publish The Seres Agenda.

Scott is also a book and screenplay author, a feature film and episodic tv development producer, video producer and director, music composer, and international speaker. In the past, he directed over 50 weekly TV shows with the theme Exploring Your Spiritual Life in Washington State. A regular host interviewed prominent guests from around the world and a segment of each show included the watching TV audience when they would call into the show and talk with the guests or offer experiences of their own relative to each show’s topics about spiritual phenomena. These topics included out-of-body travel, past life recall, dream travel, journeys along the past time track, and journeys into parallel and higher dimensions.

Over three decades, Scott has written numerous screenplays and related books. He recently wrote, directed, and co-produced several documentary promotional videos for The Seres Agenda book based upon his lifetime of direct experiences with exploring purposefully hidden truth. In addition, he previously wrote The Parallel Time Trilogy feature film screenplays and later expanded epic adventure books titled, The Emerald Doorway (Three Mystic Crystals), Guardians of The Ancient One, and Journey to the Center of the Universe, that disclose a very significant aspect of the long-forgotten most ancient history of Earth and our solar system. Also revealed is how benevolent and malevolent extraterrestrials secretly operated behind the scenes then, as they do today. These up and coming projects will be available to the worldwide public in the near future.

Lemriel is genuinely passionate about sharing eye-opening enlightening experiences and unusual encounters he gratefully received while uncovering cleverly hidden truth. For the first time, he discloses how our planet is about to be unexpectedly, benevolently transformed in the near future instead of destroyed because of a recent off-world decision that was finally made concerning changing Earth’s current destructive destiny. He takes the reader on their own personal journey to discover the reality of the existence of UFOs or advanced alien spacecraft and the extraterrestrials both benevolent and malevolent who fly them.

Also revealed is the true nature of our spherical energy form; what people on Earth call Soul or the non-destructible energy form that people from other worlds refer to as the Atma, and the reality of the existence of parallel and higher dimensions. He discloses to his readers what he discovered about planet Earth’s most important missing ancient history. In addition, he shares with others how he experienced much about the depth of purposefully hidden truth from the guidance of off-world master teachers the majority of human beings dwelling on earth today do not know existed at any time.

Today his continuing journeys into the vast nature of the multidimensional universe and his unique uplifting music continue to serve as an inner channel of inspiration. They creatively drive him to further explore and awaken ever so much more about who we all actually are as knowing eternal co-creative beings with the source behind all life and all that exists.

He gratefully acknowledges his mother for being the first person to explore the hidden truth revealing depth of life-transforming content these books represent. She discovered, greatly surprised, much about her son she never knew or even imagined while he was growing up, because he kept silent most of his life about the uplifting life-transforming experiences he was going through – until now.

Originally, from Salt Lake City, Utah, where he spent the first six years of his life, Scott continues to devote his time to writing about his continuing explorations into uncovering deliberately hidden truth. He continues to share what he uncovered on radio and TV shows, through YouTube videos, and by demonstration at conferences held around the world.

Scott will continue to share with others for their benefit more about his ongoing out-of-body journeys, and direct telepathic explorations into the true nature of the UFO and extraterrestrial phenomena. This is aided by the direct assistance of spiritually and technologically advanced kind beings that live in our vast multidimensional universe.

A fiery passion to write books, screenplays, and music compositions, continues in harmony with his dedication to be of uplifting benefit to others by bringing into reality very special feature film and episodic TV projects. This coupled with a series of awakening lifetime events, provide him with the rare opportunity to serve as a co-creative conduit of the uplifting life-transforming omnipresent living energy that supports and sustains all life and all that exists. He does this for the great uplifting benefit of fellow human beings on Earth.

What he discovered can be safely explored by others through the primordial first vibratory connective word that he demonstrates known as HU. This special vibratory word is also utilized by the most spiritually advanced beings beyond our planet out in the vast multidimensional universe.

The coming horizon for grand new life-transforming adventures in a special protected manner is now beginning to open up for people worldwide.

You can go to YouTube.com to explore the author’s video presentations that are derived from the personal presentations he conducts at International UFO/Extraterrestrial/hidden truth disclosure conferences held around the world. You can also watch at this www.paralleltime.com website videos about The Seres Agenda and The Emerald Doorway (Three Mystic Crystals) book one of The Parallel Time Trilogy hidden truth revealing adventures series published December 6, 2016.

You can also listen to many radio show interviews with the author and explore various overviews of his feature film projects and feature film related music productions. If you wish to go on a unique music adventure, listen to the long snips of each track from the Stranger On A Lost Island music CD album. This is produced music CD album number one of seven total planned music album productions.

There are also two very special recordings you can explore for your benefit that have R. Scott Lemriel’s voice sending out the special vibratory word HU located on this page in three-part harmony. In this special protected way, you can also awaken your own direct experiences by sending out your own HU aloud or silently along with him through your creative imagination. This will provide you special protected access to recall deliberately hidden truth on a grand cosmic multidimensional scale to discover the much greater knowing of the expansive love within it.

The books, video presentations, radio interviews, music productions, and book illustrations available at this www.paralleltime.com website are also accessible by conducting a search on YouTube.com or via Google by book titles, the author’s official Washington, D.C. Library of Congress copyright pseudonym R. Scott Lemriel or by his legal name R. Scott Rochek. Links to YouTube.com videos of presentations Scott conducted in May, 2016 at the special Dreamers Conference held in Finland are also at the conference sponsor’s dreamers.fi website. Also provided is special two-part hidden truth revealing conference held in October, 2014 in Norway, as well as other conference and TV video presentations held around the world. You can also find them by searching my name R. Scott Lemriel , Robert Scott Lemriel, or The Seres Agenda & The Emerald Doorway on YouTube.com or Facebook.com, and via links on Twitter or LinkedIn.