During the discussions on various past radio and TV shows and what will be explored in coming interviews and television talk shows, R. Scott Lemriel reveals for the first time eye-opening revelations about Earth’s hidden history and our solar system, as well as what is taking place off-world among countless extraterrestrial civilization and how they are about to transform the Earth, instead of allowing it be destroyed. He also demonstrates with the participation of his fellow human beings how they too can begin to access deliberately hidden or subconsciously suppressed truth in a special protected way. 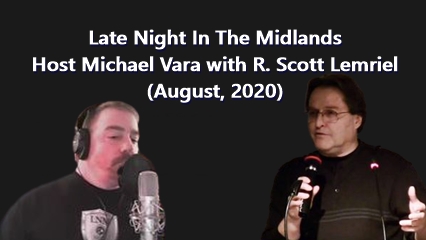 Ever Beyond – The Trauma DNA Strand

The ‘X’ Zone Radio show – ETs and The Seres Agenda

Coast To Coast AM

Coast To Coast AM

Beyond The Veil – Truth Frequency Radio