There’s been ongoing debate about the existence of extraterrestrials for decades. In general, non-classified scientists along with governments around the world have denied their existence due to the “’lack of solid evidence. However, the continuous undermining of people’s real-life experiences with UFOs and their alien pilots have compelled even experienced people to stay in doubt or to wonder whether there is more to the story – things are being kept from the public.

When the Roswell Incident happened, not one but many witnesses claimed to have seen the remains of a crashed UFO and the body of an alien being. However, their accounts were brushed off by the military. They created an entirely fictitious account of what happened and then presented it to the public – a misdirecting alternative narrative of what happened that night. 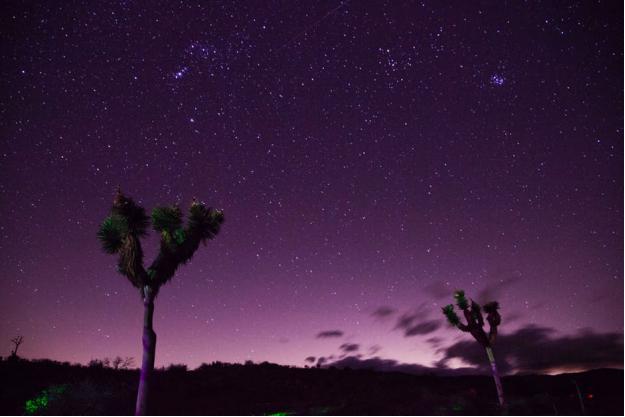 The government’s blatant denial of what the people of Roswell had actually seen made the public skeptical, leaving many to believe they were being lied to. The Roswell Incident was one of the first times people believed that the government was covering up the truth. Ever since then the public has become weary of what they are told by their governments.

According to the US government, military officials and many non-classified scientists, Area 51 is just a facility of the US Air Force but secrecy surrounding it has made people suspicious. The air space around Area 51 is ‘restricted airspace, as the military has the right to shoot down any aircraft that attempts to fly over it – which isn’t the case with other military bases around the country. The exact purpose of the facility has never been disclosed but the officials have implied that it’s being used for the testing of experimental aircraft and weapons. 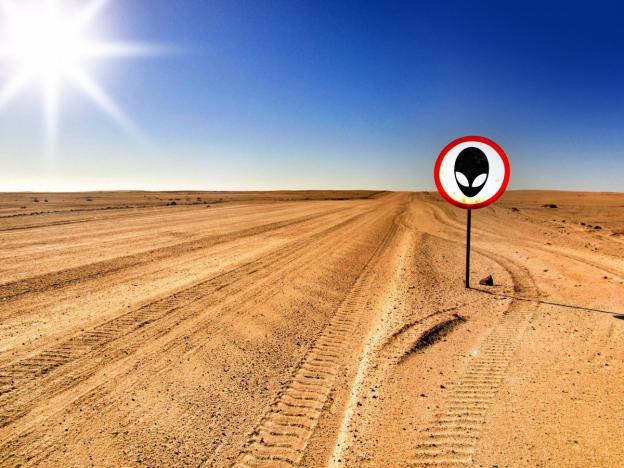 Leaked photographs and testimonies from former employees tell a very different story. They suggest that Area 51 is being used to examine aliens and crashed UFOs technology found or secretly provided around Earth. The claims have been consistently dismissed by government officials – most recently the Head of NASA.

The former head of NASA, Major Charles Bolden, came out to say that extraterrestrials do exist. However, like other non-classified officials; he didn’t confirm that Area 51 was holding any within the facility.

Major Charles Bolden says that he has no doubt that humans will discover other life-forms out there due to the existence of many Earth-like planets in the universe. 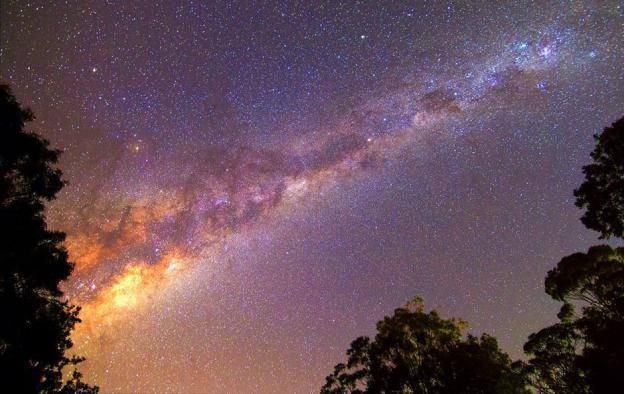 If aliens need an Earth-like atmosphere to survive, there are plenty of planets that can host them. With that being said, there are a few in the scientist community that suggest that aliens may not need an atmosphere similar to Earth to survive. According to them, humans evolved on Earth in a way that allows them to survive by breathing in oxygen – extraterrestrials may have evolved in time on other worlds to breath another gas.

The Fermi Paradox refers to the contradiction between the extreme high probability of the alien existence and the lack of evidence. Renowned physicist Fermi stated that the billions of stars in our galaxy and beyond should be able to provide plenty of life-giving energy to develop and sustain habitable planets across the universe. Because so many of these planets are millions of years older than Earth, they should hold life-forms that are more intelligent than humans living on Earth today. These beings would be highly evolved and have technology developed far more advanced than what we on planet Earth today.

Fermi also went on to say that the alien civilizations should have developed interstellar travel by now – something non-classified scientists on Earth today can only imagine.

So if aliens do exist, why haven’t they contact the worldwide public?

Much like our own scientists, intellectual aliens will want to study humans from afar – not like we study animals in a zoo but in ways to determine our potential for advanced kind creative expression or destructive compulsive behavior. 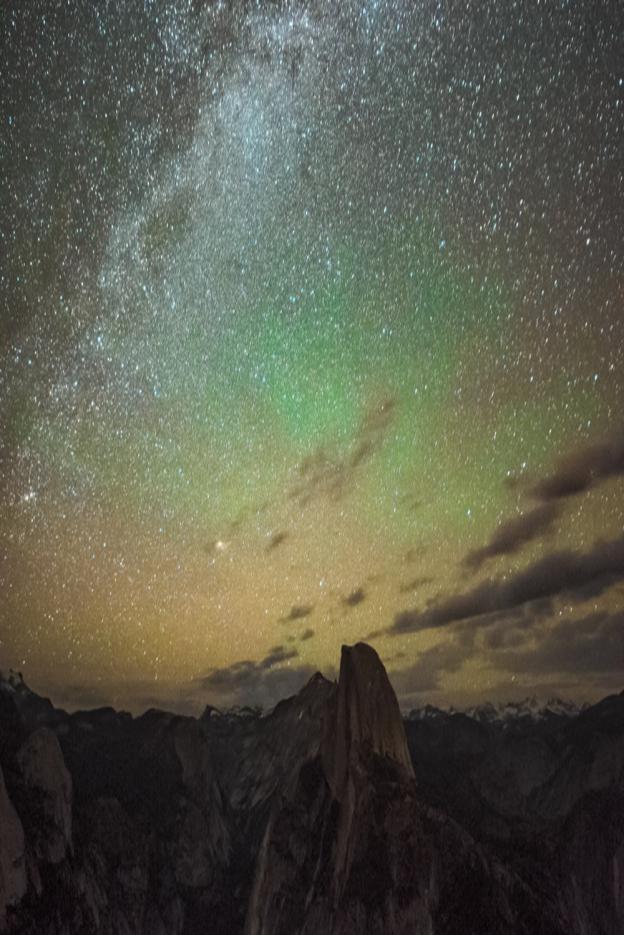 In an attempt to provide an explanation to the Fermi Paradox, some non-classified scientists and alien enthusiasts have suggested that aliens may intentionally be avoiding contact with the majority of people on Earth. Why? Because these inexperienced people believe they are studying us in perhaps the same way we study animals in a zoo!

The Zoo Hypothesis was developed in 1973 by John A. Ball, an astronomer from MIT. He suggested that aliens may be far too intellectual to directly interfere with humanity; instead they are silently observing us from a distance.

Several non-classified scientists agree with this hypothesis. We have concrete reasons to believe that extraterrestrial civilizations are more technologically and intellectually advanced than humans. They would know better to not intervene with a civilization that is in its more primitive self-destructive stage of development.

The Earth’s own dark known history reveals that the inter-mingling of intellectual civilizations can have devastating consequences – the presence of Neanderthals and homo sapiens on the same planet led to the extinction of the former.

Lemriel has no doubt that extraterrestrials are far more kind and intellectual advanced than humans. He learned how to induce out-of-body experiences at the age of 5 by activating the pineal gland in the brain. Using this special doorway, Lemriel induced fully conscious out-of-body experiences that allowed him to travel along the ancient past  time-track and throughout the grand multiverse. In this way and through direct contact experiences, he met far more advanced kind  extraterrestrial beings that thrive out among the stars in our galaxy.

His interactions with far more advanced beings beyond Earth revealed to him the truth about the far more ancient history of Earth and the solar system, what exists out among the billions of star in our galaxy, and the true origins of humanity that did not originally evolve on planet Earth. He knows with certainty that  extraterrestrials and humans have lived alongside each other in the ancient past. In fact, humans were not originally  native to planet Earth; they were brought here by both benevolent and malevolent alien beings over a very vast time period since the dinosaurs were made extinct.

These extraterrestrial beings also shared with Lemriel that human’s have a tendency to abuse power and technology. In the race to stay ahead of others, humans are inclined to bring immense harm to others and the planet. So far, every time humanity has come close to self-destruction, benevolent alien beings have stepped in to save them in ways unknown to most of humanity living on Earth today

Once again, humanity now appears to be on the dark path of complete destruction and once again benevolent extraterrestrials will step in to protect us from ourselves – only this time, all of humanity will finally learn the truth!

In his book The Seres Agenda, Lemriel shares that the Earth is undergoing an uplifting transformation and near the end of this wondrous unfolding even ll of humanity will discover through their own direct experiences that extraterrestrials actually do exist.

To discover more about deliberately hidden truths of a far more ancient Earth, our solar system, and the true nature of advanced extraterrestrial life beyond Earth, check out Lemriel’s books The Emerald Doorway (book one of The Parallel Time Trilogy series) and The Seres Agenda. Both books are entirely based on Lemriel’s personal experiences.

Also, be sure to check out his radio-TV shows, special conference presentations he conducted around the world, his uplifting eye-opening music and developing short and full-length feature film projects to discover more enlightening awareness via your own direct experiences.