Some Scientists Fear Making Contact with Aliens – here’s why! 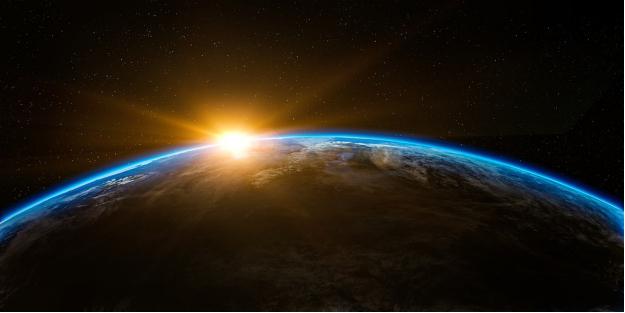 Some Scientists Fear Making Contact with Aliens – here’s why!

The more we learn about the universe and various celestial objects floating around space, the more signs we see that we aren’t alone, causing many to wonder aloud, “Is anybody out there?” But do we really want to know? What if we regret trying to contact species that are technologically and intellectually more advanced than us – according to mathematics, they most definitely are.

While so many on Earth are excited by the prospects of discovering extraterrestrial species one day, many renowned non-classified scientists—including the recently deceased Stephen Hawking—have stated that it’s better that humanity doesn’t encounter them. This can only come from thinking inspired by fear that subconsciously influence people on Earth today. They no longer know anything with certainty. This condition is not normal according to direct experience-based, hidden truth revealing researcher R. Scott Lemriel. We will be getting around to him in a minute.

In the past, this question was something that just triggered the curiosity of alien and UFO enthusiasts but today scientists and astronomers are also taking it much more seriously. Some communities of astronomers (those still unclassified bright thinkers not yet privileged to know what others already know who are classified) are taking steps to put out messages in the universe in hopes of being contacted.

Getting attention from intelligent civilizations

There are communities of scientists, astronomers and investors that are working together on actively messaging alien civilizations. Lucianne Walkowicz, an astrophysicist currently employed at the Adler Planetarium in Chicago has stated that being involved with actively messaging may get us a response that may not be in our best interest. The extraterrestrial beings we find could possibly destroy mankind or improve the quality of life on Earth. Of course, this type of fear-based misdirected thinking does not take into account that, if so advanced tyrant extraterrestrials were entirely left to their own diabolical devices—unchecked by the most advanced and likely most abundant non-terrestrial races out among the stars—they would have annihilated, conquered, or taken over this planet openly long ago. After all, isn’t that the nature of twisted tyrant beings? As of yet, the public at large, for the most part, has no way of knowing whether or not these intelligent civilizations have our best interests in mind, which brings us to the question – should we be sending messages out there or not?

A philanthropic organization by the name of ‘Breakthrough Initiatives’ aims to aggregate ideas around the world and narrow down ways to send out messages to alien beings. According to Pete Worden, the director of this organization, their outreach program can be launched by the beginning of 2019. What should we send out as messages?

Worden is well-aware of the arguments for and against trying to connect with powerful alien beings but he feels that it’s worth the risk. He’s thrilled by the idea of various global representatives coming together to devise a message that best represents the world. What can we send out there that adequately represents the entire world? The members of the community have suggested that a picture is probably the best message.

How should we send out messages?

So if we do decide to send a picture, how do we send it? What’s the best way to send out images so they can be received and easily understood?

‘Breakthrough Message’ – a program of ‘Breakthrough Initiatives’, will be working on figuring out how to transmit the pictures. Either radio or laser transmitters will most likely be used. They have to figure out how to broadcast the messages in a way that ensures they are readable. They also need to determine what wavelengths need to be used, whether the message needs to be sent multiple times and many other components. This is all based on their limited experiential thinking that highly classified scientists on Earth have not already been contacted by advanced extraterrestrial beings because the truth about this remains, for now,  highly classified.

If this non-classified program does receive messages, it will be accelerated for the benefit of the public who are also intentionally being kept in the dark.

On one hand, millions of dollars are being donated to philanthropist organizations like ‘Breakthrough Initiatives’ but on the other hand, skeptics have questioned whether it’s a waste of time, money and effort. After all, if more intelligent alien beings are out there, why aren’t they traveling back and forth to Earth? These questions are asked by people that have not been in the select classified few on Earth who have known the truth about extraterrestrial life for quite some time.

Here are some of the possible reasons people without direct experience incorrectly believe  why aliens haven’t communicated with us. These people cannot be blamed for thinking in these misdirected limited ways but here is what they believe – for now:

Some of the greatest non-classified scientists in the world, including the recently deceased Stephen Hawking, claim that humanity should stop searching for advanced alien beings.

Back in 2010, Hawking responded to a question about the possibility of making contact with extraterrestrials saying,

“We only have to look at ourselves to see how intelligent life might develop into something we wouldn’t want to meet.” He went on to compare the encounters Christopher Columbus had with Native Americans – we all know how that turned out.

Humans on Earth are no strangers to exploiting people weaker than themselves in our short recorded history and exerting their power over others. It’s been done since the beginning of what little is known about a far more ancient history than most of humanity on Earth understand or what they’ve been allowed to know since recorded time and this is still happening. What if the messages we send out cause aliens to head over to the planet and exploit our resources or exploit us? Maybe they would just decide to wipe us out completely!

“This is all just subconsciously fear-based misdirected thinking,” according to direct experience-based hidden truth revealing researcher R. Scott Lemriel. We will get to him and what his work is about in a bit.

Physicist Mark Buchanan has stated that any otherworldly civilization that is capable of contacting us is much more likely to be technologically and intellectually far more advanced – they may not want to treat us well.

“This misdirection incorrectly assumes that human beings on planet Earth originated on this world, which is not true,” further states R. Scott Lemriel, based on his direct experiences with uncovering deliberately hidden or suppressed truth.

Other scientists and astronomers disagree with Hawking and his fellow skeptics. Director of Messaging Extraterrestrial Intelligence (METI), Douglas Vakoch, states that humanity has already made its existence pretty clear. Our existence has transformed the Earth in many ways and we’ve sent out enough objects into Space to let intelligent aliens know that we are here. What we’ve already sent out

It is true; humans aren’t discreet about their existence. In fact, we’ve already sent out a handful of signals into the universe.

In the same year, a tech startup working in collaboration with a Ukrainian based space agency laser beamed images and messages to exoplanets. Other space organizations had a little more fun and sent out silly messages that included a Doritos commercial and Craigslist ads.

In the future, if we receive some sort of response that will be openly shared with the public and not intentionally classified away from their knowledge, we’ll have more details of what’s out there – maybe even via a fly by one day but for the moment we need to figure out if we should be sending messages out there at all. Some people think this way, enmeshed in fear-based misdirected thinking and feeling without knowing it.

To find out more about Scott’s direct experience-based views on the entire subject, be sure to check out his books The Seres Agenda and The Emerald Doorway (book one of The Parallel Time Trilogy series) that mirror his own experiences with extraterrestrial beings.

You can even take a look at his conference videos, developing short and full-length feature film projects, and interviews with him on many radio-TV shows, as well as his unique uplifting related music that sheds light on his interactions with quite capable otherworldly beings who are his associates to this day. They are heading things toward an entirely unexpected uplifting or transforming new future, instead of a past prophesied Armageddon that has been permanently retired. According to Mr. Lemriel, this past negative prophesy was significant permanently altered quite recently to that of an underway uplifting transformation among the stars and right here on good old planet Earth. To find out more revealed hidden truth, go to his website at: www.paralleltime.com