Aliens Should Detect Life On Earth With These Signals

Home / News / Aliens Should Detect Life On Earth With These Signals 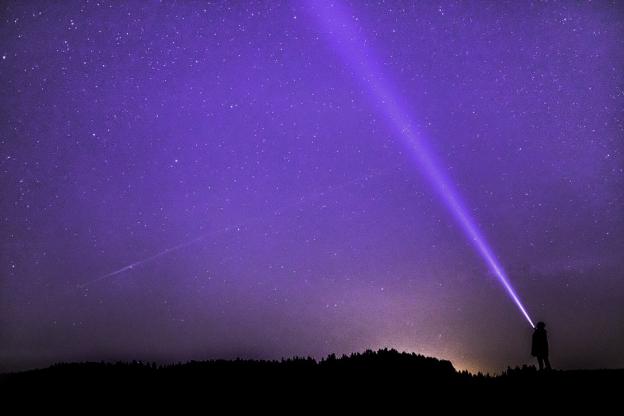 Aliens Should Detect Life On Earth With These Signals

That’s the question famous physicist Enrico Fermi asked after he was staggered by the contradiction between the lack of evidence and the estimates that indicate that alien or extraterrestrial beings do in fact exist.

According to mathematical estimates, powerful extraterrestrial beings do exist – however the public at large on Earth still hasn’t found any solid evidence that proves these theories. As a result, the non-classified scientific community is split – some say that they can’t confirm the existence of alien beings because we’ve never seen them, while others go by the math and say that aliens do exist – they just haven’t been allowed to discover them yet.

Based on astronomical research carried out through the decades, scientists have confirmed the existence of at least 4000 exoplanets (planets outside of our solar system). Many of these can have the temperatures and conditions ideal to support life – as Earth humans understand this. “In the meantime, we can continue to hope that extraterrestrial civilizations are just as curious as us and that they find us first or we can go beyond hope or wishful thinking by having our direct experiences recovered regarding the truth of all this.” – claims direct experience-based, hidden truth revealing researcher R. Scott Lemriel. We will be getting to his work a bit later.

If intelligent beings are looking for us, there are plenty of signs that can help them detect life on Earth.

Here are a few of them:

A key distinguishing factor between Earth and the other planets in our solar system is it’s abundance of oxygen. Without oxygen life on Earth would not exist. Assuming that extraterrestrials also rely on oxygen, this wealth of oxygen on a planet is sure to grab their attention. Other than oxygen, we also have nitrous oxide, nitrogen, methane and carbon dioxide. The main source of oxygen on Earth actually is generated by the oceans and secondarily by abundant plant-life but it’s not the only source. In order to maintain the balance of chemical gases that we have floating around the atmosphere, a planet needs to support life.

The combination of the chemical gases present in the Earth’s atmosphere should indicate life to advanced face-faring races from the planetary systems circling billions of stars just in our Milky Way Galaxy alone. Math suggests that extraterrestrial civilizations are more technologically and intellectually advanced than us, and if they have superior telescopes they should be able to spot our unique terrains and vast oceans

Compared to the eerie silence of Space and other inhospitable planets, the Earth is noisy. No, we can’t hear all the noise we make from outer space but advanced extraterrestrials  can listen to our leaky radio signals. Radio signals are neither obstructed nor reflected by celestial objects, which is why NASA and other organizations have sent out intentional radio messages into Space, attempting to the get the attention of otherworldly beings.

However, to hear our radio messages, aliens need to be within 590 trillion miles of Earth. To say, “Here’s hoping aliens too go out on Space expeditions and pick up on our radio signals,” is how people on Earth have been made to think – in extremely limiting ways. This kind or thinking assumes incorrectly that extraterrestrials would not have long since known how to not only travel between star systems but not also long known how to instantly send and receive communications over vast interstellar distances. !

The Earth’s scientists have kept an eye out for artificial satellites that may be orbiting other planets. If there are intelligent beings out there, they too could find us the same way.

Currently, the Earth’s network of 10,000 or more artificial satellites may seem to not nearly be dense enough in order to be spotted by extraterrestrial civilizations. Again, this limiting thinking assumes incorrectly that the advanced space-faring races would not know how to detect life right on the planets’ surface from many light years away. Detection of satellites orbiting a distant world would be a piece of cake to them.

The change in our atmosphere

Earth is over 4.5 billion years old or so it is thought among scientists on Earth today. Had alien astronomers looked our way billions of years ago, they would be able to see a clear difference in our atmosphere. Prior to the Earth’s modern atmosphere which only developed 500 million years ago, the Earth was a hot ball of methane and carbon dioxide. Alien astronomers observing us from a far, would know that the Earth’s atmosphere is constantly changing, unlike the atmosphere of the other planets in our Solar System. There are other possibilities that we need to consider too. For example, what if an alien astronomer did come close to Earth at a time millions of years ago and concluded that it could not ever support life?

With all these signs out there, inexperienced non-classified scientists are confused about why they believe aliens have not found their way to us. The truth is they did a very long time ago but that truth is classified on Earth ‘Above Top Secret’ for now. However, things are changing in unexpected new ways and it will not always be this way.

Direct experienced-based, hidden truth revealing researcher R. Scott Lemriel is one of the few people on the planet who has no doubt about the existence of aliens. At just the age of 5, Scott had his first out-of-body experience. With time, Scott learned to get around the multidimensional creation through the correct utilization of the creative imagination. This is not something made up in the brain. It is seeing into the vast creation – an ability each human being has once its proper utilization is once again recovered or recalled. People on Earth leave their bodies at night when they put it into the trance state known as sleep. However, they do not usually bring back full awareness of where they traveled or what occurred in the morning when they return to awaken in their physical bodies on Earth. The doorway through which beings leave their bodies is through the pineal gland in the center of the brain. This doorway is often utilized to leave the body to travel through the multiverse. People on Earth, for the most part, are not taught this while growing up, so why would they have any knowing confidence about the reality of out-of-body travel by the time they are adults? Right, they wouldn’t. So, direct awakening experience is the key recovering enlightening true freewill.

The awoken ability to travel along the past time track and to see into constructive possible futures brings us right discrimination or a greatly enhanced capability to make proper decisions. Scott Lemriel has learned much more about Earth and it’s far more ancient past than is known on Earth today by most people. His interactions with benevolent extraterrestrial beings and adventures into parallel and higher dimensional realities, as well as direct contacts with kind extraterrestrials throughout his lifetime have disclosed a wealth of information on the deliberately hidden truths about our planet, the true nature of human beings (not bodies) and what is taking place out among the stars that will eventuate in the unexpected uplifting transformation of all life on planet Earth.

Scott shares this  knowledge via his books The Seres Agenda and The Emerald Doorway (book one of The Parallel Time Trilogy series). The Seres Agenda reveals that human beings never evolved on planet Earth in the first place, among many other hidden truths and where it is headed in an unexpected uplifting manner in the near future. Scott states that the planet is undergoing an ‘uplifting transformation’ and that in the future everyone will become aware of the existence of kind extraterrestrial beings in wondrous new ways.

Check out interviews with Scott on many radio-TV shows, his developing short and full-length feature film projects, special conference videos and special music compositions to discover more about hidden truth and to experience this for yourself. Discover that human beings never originated on planet Earth. Explore a far more ancient history of Earth and our solar system then is known on Earth at the current time. Know the truth about the existence of vast numbers of extraterrestrial races, most of them kind and highly evolved, and the recently underway beginning transformation that the Earth and the people living on it are just beginning to discover. Find ever so much more by exploring Scott’s unique hidden truth revealing website at: www.paralleltime.com