A Closer Look at what happened in Roswell in 1947 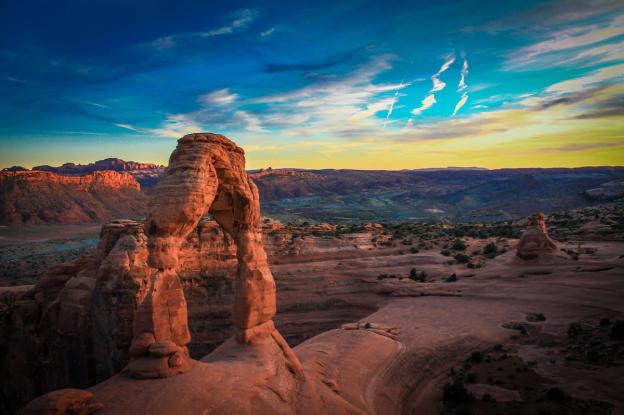 A Closer Look at what happened in Roswell in 1947

The notorious Roswell incident has been a topic of controversy since it happened – mostly because some people cannot agree on the facts.

The people that had witnessed the incident were convinced that they saw the crash landing of a disc-shaped alien spaceship and the military and other government officials claimed right after it happened that they had recovered the wreckage of an extraterrestrial spacecraft. Soon after this announcement, another contradictory announcement by military and the government classified what they found and denied it came from beyond Earth. They provided the cover story that is was just a crashed weather balloon that was being used as part of a secret program by the US Army.

Initially, the US Army’s cover story made sense to gullible people who were not there to witness what really happened but the rumors of alien beings crash landing in Roswell spread like wildfire and many accused the government of arranging a cover-up to invalidate the authenticity of the public’s claims.  These people were correct but it did not matter after that because the army was ordered to retrieve all evidence of the crashed spaceship and deny it ever took place.

Let’s take a look at what happened:

In 1947, a rancher in Roswell (named William Brazel) reported that a strange aircraft of some sort had crash landed on his pastures. He found debris on his land that included metallic rods, weird metallic parts with alien engravings on their surface and odd scraps of plastic looking material.

Once Brazel reported what he had discovered the Roswell Army Air Force were sent to collect the debris. UFO sightings and the obsession with aliens had grown during these years and newspapers were quick to report what the army brass had at first put out about the recovery of a ‘flying saucer’ or alien spaceship that had crash-landed on a farmer’s ranch in Roswell. The army was subsequently ordered to retract the original claim with a cover story to steer the public off the track of what they found. Many other people reported all kinds of things they had seen on the night of the crash. Several military and civilian people also initially claimed they had actually seen bodies of four little gray aliens being taken away by military personnel. In 1995, there was also footage of an autopsy of an alien that was found in the Roswell was released. In 2006, the creator admitted that the footage was staged but he claimed that it was a reenactment of something that had actually taken place.

The military was quick to silence the rumors by holding a press conference the following day. The claimed that the ‘flying saucer’ was nothing more than a weather balloon right after they first claimed they had recovered the crashed debris from an alien spacecraft.

Despite the military’s claims, people that witnessed the event and evidence continued to claim that there was much more to the story – they accused the military of arranging a cover up to hide the truth of what they really found.

Many years later it was put out to the still very gullible public of the time that the story was, in fact, a cover up and that it had nothing to with UFOs and aliens. The military maintained they were sending out high-altitude balloons in order to detect nuclear tests being carried out by the Soviet Union. The fact is, at the time of the crash in Roswell, no weather balloons were being sent out to detect nuclear tests from the Soviet Union because the Soviet Union had not yet revealed they were also developing such weapons at that time.  They didn’t set off their first nuclear bomb until 1949 but the Roswell, New Mexico extraterrestrial spaceship crash event occurred in 1947.

The infamous Roswell incident led to numerous conspiracy theories for good reason. In 1980, a book by the name The Roswell Incident was released. The book was heavily criticized because of the message it was sending out. The author of the book claimed that the weather balloon was, in fact, part of a military cover up and that the actual debris was taken to Wright Field (a military base).

The book further fanned the flames that led to more conspiracy theories. Some security officials in the military at the time also come out against the military denial of the event later in their lives, further sincerely stating that there is more to the Roswell story than the public is aware exists.

It’s been over 70 years since the incident took place and the non-classified scientists and the general public in the world still has more questions than it has answers but this is not true in the ‘top secret’ classified community. Books, movies and documentaries on the incident have been released adding more fuel to the fire. Eye witnesses have spoken out and skeptics, often previously employed by the classified system, are sticking to their claims. The discussion on the existence of aliens continues but only those people with real direct experience know the truth and this continues – but not for much longer…

Why would the government hide aliens?

If the government and military officials do know about the existence of aliens and UFOs, why would they keep it a secret? This is a common question that people ask. There isn’t a clear answer to that question because the government hasn’t provided one. When it was discovered that The Pentagon was running a program to help trace UFOs on Earth, it was evident that the government had been taking such incidents more seriously than it had let people believe.

However, when asked why they kept the department a secret, government officials stated it was to ensure that the public doesn’t go into frenzy, and to refrain from creating unnecessary hysteria.

Other UFO and alien sightings

The Roswell incident is just one of many cases of UFO and alien sightings. There are plenty of spots around the world that are known for unexplained UFO sightings. Adding to the mystery of UFO and alien encounters, are thousands of people around the world that claim to have been abducted by aliens. There are stories of people being pulled into disk-shaped spacecrafts to be experimented on by aliens. People have shared identical accounts where samples of fluids were taken from their bodies, as well as other experiments performed that left these people psychologically scared or subconsciously terrified because their memories were erased until reverse regression hypnotherapy was performed to uncover buried memories of the abduction events.

Author and direct experience-based, hidden truth revealing researcher R. Scott Lemriel knows more about extraterrestrials and UFOs than most people on the planet. According to him, we don’t have to go far to meet aliens, they are among us on Earth and regularly visiting the planet.

Scott learned to induce out-of-body experiences at a young age and has been utilizing his unique abilities to explore a far more ancient planet Earth, solar system and galactic history. During this long experiential process, he discovered the past prophesied destructive destiny for Earth was recently permanently changed off-world to that of a recently underway uplifting transformation for all life out among the stars and behind the scenes on our planet. His multidimensional travels have also revealed to him the truth about extraterrestrials, which led to his direct experiences with them and the discovery of their relationship with humanity on Earth for the benefit of all life. Scott says that humans themselves are not native to Earth; we were brought to the planet by both benevolent and tyrant extraterrestrial races over a very long period of time in one scenario or another. These very highly evolved kind but far more technologically advanced beings from beyond Earth have been watching over us since the very beginning and continue to do so even today or tyrant E.T. races would have long ago dominated or destroyed this world. According to Scott, humanity is inclined to self-destruct but these benevolent aliens have always protected us from doom and they are stepping up this process today.

Scott shares his direct experience-based knowledge and how others can experience the hidden truths he reveals for themselves in his books, The Seres Agenda and The Emerald Doorway (book one of The Parallel Time Trilogy series) – both mirroring the remarkable events that unfolded in his life.

To learn more about the truth of extraterrestrials and their influence on humanity, be sure to check out Scott’s work including his conference videos, radio-TV show interviews with him, his developing short and full-length feature film projects and his associated uplifting music.

Join Scott in his ongoing exploration and discoveries of uncovering the hidden truth that’s being kept from the public by misdirected government representatives and similar people in powerful ‘top secret’ organizations around the world. According to Scott, they believe they mean well but they are also becoming aware that they too wish to disclose the truth to the entire populous on the planet.

Awaken ever so much more hidden truth by visiting his unique uplifting website at: www.paralleltime.com