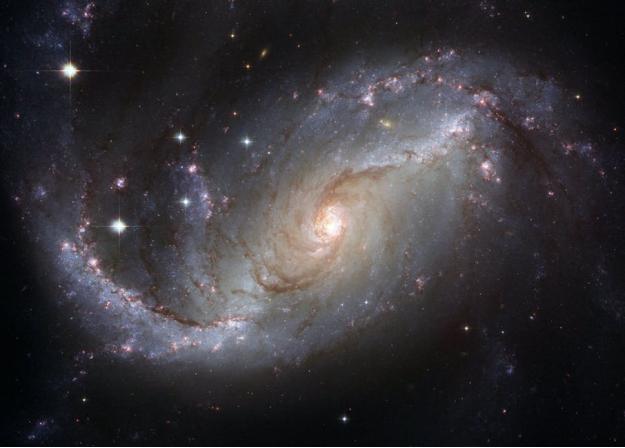 For decades, movie directors have come up with so many creative ways aliens could contact us. They’ve thought of everything from suspicious radio signals to full blown invasions. While some alien depictions may seem like too much of a stretch, it has forced the scientific community to think of all the possible ways aliens can contact us. Some of the ideas may resemble Hollywood’s depictions of aliens but many others seem reasonable.

Many people speculate that aliens have already visited the planet and still others reveal they know them. They go as far as to say that at some point aliens worked together with ancient civilizations like the Egyptians, the Rapa Nui people to create mega structures like the Pyramids and the Moai heads of Easter Island. Other mega structures such as Stonehenge and Sacsayhuaman also are said to have been made by aliens. Based on the unexplained existence of mega structures on our own planet, some scientists feel that there is a chance that seeing mega construction on other planets may indicate signs of life and a possible invitation by extraterrestrials.

Scientists kept an eye on the star KIC 8462852. Over the course of the last couple of years, the star brightened and then went dark on its own – stars aren’t supposed to do that. Scientists have considered the possibility of an alien structure that blocks the light of the star every now and then. Aliens or extraterrestrials and UFOs have always been linked to bright lights in the sky. Since lasers can transfer messages and signals over huge distances, some scientists have run the idea of being contacted by aliens through repetitive laser pulses. To further investigate this theory, non-classified scientists and astronomers that do not know what their deeply classified peers know are zooming in on or monitoring all pulsing bright lights in the sky that are probably not caused by natural phenomenon.

What if aliens had already sent out robot probes to our planet that we haven’t noticed? Who really knows what alien technology is capable of doing? According to non-classified scientists that are not directly experienced themselves, for all they know and the public at large know there may already be small alien probes exploring Mars, and other planets in our solar system  that we don’t know about. Alien probes can be sitting on an asteroid in the asteroid belt taking notes of all our movements at this moment.

It may seem far-fetched, since the public worldwide for the most part is not informed of the existence of any solid proof, because that is still classified far ‘Above Top Secret’ but there is always a possibility for the general public to experience benevolent extraterrestrial visits!

An astrologist from the Planetary Science Institute by the name of David Grinspoon shared that physicists Giuseppe Cocconi and Philip Morrison believed that aliens can contact us via radio waves and that scientists should investigate radio activity in their search for extraterrestrial beings. This is because radio signals aren’t obstructed by obstacles; they are neither absorbed nor reflected by outer-space objects.

If extraterrestrials are in fact more intellectually advanced than us, the non-classified scientists who are also being kept in the dark think they should be using radio signals to contact us. However, this keeps them from thinking and imagining outside the box of contemporary thinking. They could be looking into other ways that energy technology far more advanced then what is known to the general public can be utilized to communicate between worlds – far beyond the speed of light as it is known on Earth today among the non-classified scientific communities. Grinspoon says that the aim of alien civilization will be to capture our attention in some way. In order to do this, they could orchestrate something that can be seen from a huge distance.

All the times that people have reported seeing obscure bright lights in the night sky, could they have been a “star dance” constructed by alien civilizations?

Some of us assume that if aliens exist on other worlds, they would try to contact us but what if they don’t? What if aliens are quite content with being in their own world? How will we learn of their existence then? Of course, the obvious answer it to find some way or discover some new method that will provide us with direct experience of their existence for ourselves.

It’s a fair argument. On Earth there are many government personnel and people from the scientific community as well who do not claim to have had any direct experience that aliens exist, who then further claim that we shouldn’t be trying to engage otherworldly beings. They conclude based solely on theory and speculation that it’s quite possible alien beings aren’t interested in contacting us. Some argue that aliens can be hermits that don’t want to be bothered. Of course, this is obviously just speculation and theory based on no experience.

Theoretical physicist Freeman Dyson responds to this argument by stating that even hermit kingdoms will develop technology to draw energy from their corresponding star. According to Dyson, scientists should keep an eye out for stars that are emitting energy in the direction of specific exoplanets.

The general public and scientists deliberately being kept in the dark may not be able to retrieve proof of the existence of aliens but we’ll know if a star’s energy is being directed to a planet its solar system.

Needle in a haystack

The vast majority of human beings living on Earth today believe we have a long way to go when it comes to exploring our solar system. They have not been told the truth when it comes to what the deeply classified scientists on Earth know. People cannot be blamed for erroneously believing or thinking that we have limits to how far we and our technology can travel into space, so they decide that chances of us discovering life on other planets is minimal. With that being stated, some astronomers have said that aliens are more likely to contact us if they know of our existence.

So how do we let them know we’re here? The reprint journal arXiv published a study that stated that there are 82 stars in the Earth’s transit zone (a belt of light that provides direct sight to the Earth). Basically if aliens looked through this area of light, they will find Earth. We could find ways to send signals along this belt of light and let them know of our existence.

Mathematically, scientists have shown time and again that aliens do exist; that they are much more intelligent and technologically advanced than us. They could have been around us in the past and could be among us even now – maybe we just haven’t been able to spot them. The truth is more simple – most people on Earth have been deliberately kept in the dark about the existence of extraterrestrials.

Author and direct experience-based, hidden-truth revealing researcher R. Scott Lemriel knows much more about extraterrestrial life than the non-classified scientific community can explain. He shares openly that aliens have always been around humans and are watching over us even now.

Scott’s led an unusual life which involves inter-dimensional travel and direct contact – mostly with benevolent (kind) aliens or extraterrestrials, many of them human beings not from planet Earth. His books The Seres Agenda and The Emerald Doorway (the first book of the Parallel Time Trilogy series) reflect Scott’s direct experiences with otherworldly beings.

To find out more about Scott’s adventures for your benefit feel free to explore videos of his conferences, his talks on radio-TV shows, his uplifting associated music and his developing short and full feature length film projects at www.paralleltime.com