The amazing journeys revealed in The Emerald Doorway (Three Mystic Crystals) book are entirely based on the author’s lifetime of experiences with benevolent extraterrestrials, their advanced technology and Spirituality, and many out-of-body travels into parallel and higher dimensional realities and along the past time-track. Revealed for the first time is a coming worldwide event that will entirely transform all of us on planet Earth in wondrous and entirely unexpected new ways. 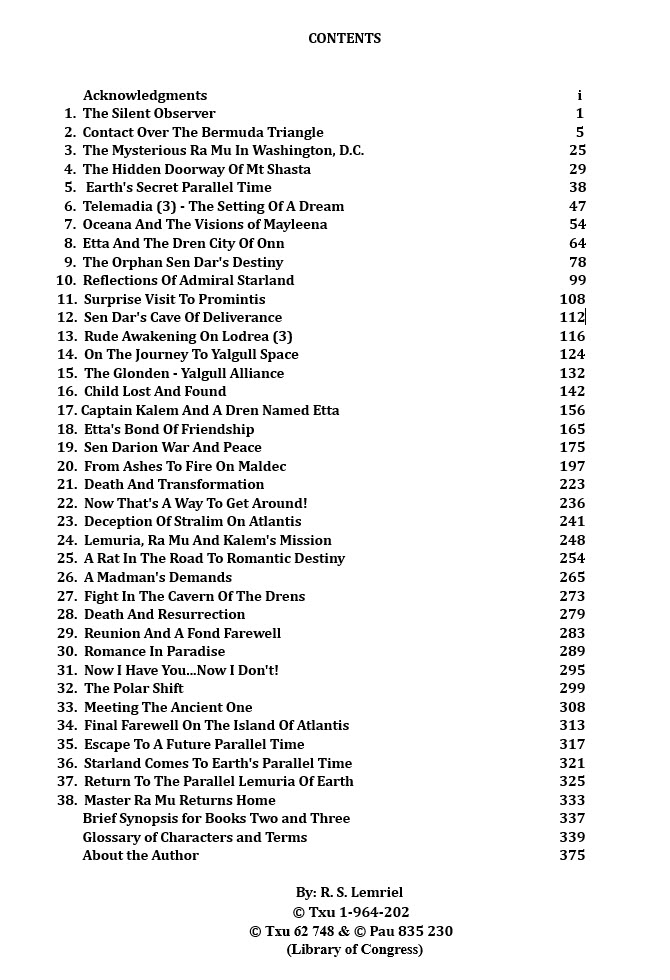 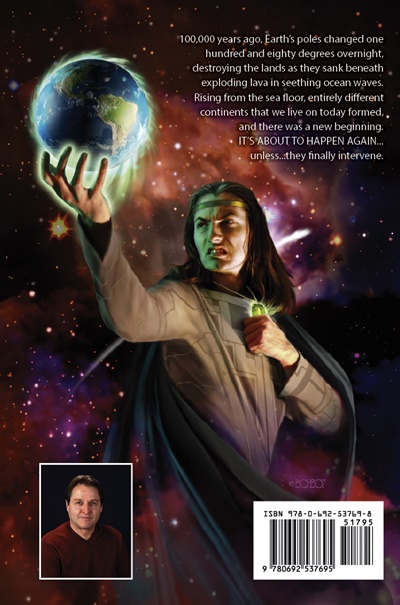 A Very important part of the deliberately hidden history or our planet Earth and the solar system is revealed during The Emerald Doorway (Three Mystic Crystals) book one of The Parallel Time Trilogy series epic journey. You will begin to recall much that was taken from you without your consent or awareness.

100,000 years ago, Earth’s poles changed one hundred and eighty degrees overnight, destroying the lands as they sank beneath exploding lava in seething ocean waves, and rising from the sea floor entirely different continents that we live on today.

There was a new beginning.

IT’S ABOUT TO HAPPEN AGAIN
…unless, they finally intervene…

Journey with General Harry Faldwell (four-star Air Force General, and National Security Adviser to the President of the United States) as he reluctantly discovers that both benevolent and malevolent extra-terrestrial beings actually exist. Then he begins to profoundly experience the hidden history of Earth and our solar system.

Harry meets Captain Kalem Starland, a human extraterrestrial officer in the space fleet of the Galactic Inter-dimensional Alliance of Free Worlds. He soon learns about the existence of an ongoing battle to stop a very diabolic humanoid alien named Sen Dar from his unrelenting quest to capture the three mystic crystals of The Ancient One. If he succeeds and puts them together, they would give him absolute power over Earth, and then complete dominance over the galaxy.

Behold the awakening of the impassioned love between Captain Kalem and Mayleena. She is an exquisitely beautiful woman from the planet Ocean from a planet in a slightly higher parallel dimension of our Milky Way Galaxy, who has subtle blue-hued skin and lovely pointed ears. Her highly evolved humanoid race evolved on a mostly water covered world with the ability to breath underwater or on land. Journey with them as they fight Sen Dar’s growing occult powers, while he continues to try to stop them from realizing their destiny to one day return to their true home in the far higher pure dimensional realm of The Ancient One.

You will also meet their courageous dedicated friend, Etta, from the Dren race. This endearing three foot-long, smooth pale-green skinned extraterrestrial being is somewhat similar in appearance to a Salamander on Earth. However, he is not a lizard or anything like them. He has deep-blue bulbous eyes, a long jaw ending with flared nostrils, and dexterous hands and feet similar to a human. But unlike most humans, he can communicate telepathically or with vocal chords, and he has a flawless photographic memory. The Dren race is quite unique among all the other advanced extra-terrestrial races that exist in the known universe. This is true because they naturally evolved with the ability to defy gravity and fly through the air when their tails brilliantly glow with opalescent colors.

Discover the secret order of ageless mystic Adepts, discretely known as Guardians of The Ancient One, who protect the people of Earth and its numerous hidden inter-dimensional parallel time doorways from tyrant extra-terrestrial domination and destruction.

Explore this very unique up-lifting razor-edged adventure to experience for yourself how all these elements are woven together today around each one of us, while we continue our journey through the ongoing phenomenal covert struggle for our planet’s survival.

Note: In The Emerald Doorway (Three Mystic Crystals) book there are over 30 character and various scene illustrations within the chapters. When you see these illustration or sketches you will be amazed at how they help you to visualize clearly what the story reveals about them. Most importantly, you will begin to discover for yourself how what is revealed awaken long past memories of places and times that you once knew well before this lifetime here on good old planet Earth.