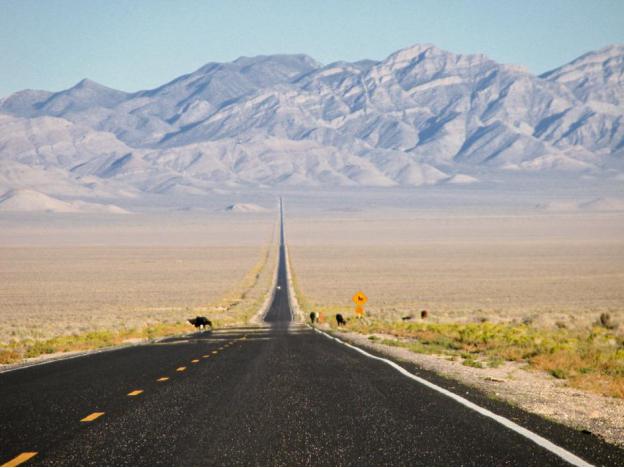 In the heart of the desert in Nevada, a dusty road leads to the entrance to a U.S. Air Force base commonly known as Area 51. In recent years, this base has built up a reputation of being the center of all US activity pertaining to aliens or extraterrestrials. As public access to the base is forbidden, the legend of Area 51 has only grown stronger over the years.

Today, we’ll be separating fact from fiction by taking a closer look at America’s most notorious area of alien activity. To start things off, here’s what you need to know about the mystery behind Area 51.

The Origins of Area 51

Unsurprisingly, the origins of the intrigue behind Area 51 can be traced back to the Cold War. With political tension between the United States and former Soviet Union (Russia) at an all-time high, both countries were looking to get a competitive edge over each other. In particular, the United States felt its political influence was threatened as North Korea had already declared war on and invaded much of South Korea. Furthermore, all mainstream news stations were reporting that Soviet Russia had plans of infiltrating the United States government and that an all-out war was on the cards.

In this most desperate hour, the United States government green-lit a handful of low-altitude jets to fly to Soviet Russia with the sole intention of surveillance and the extraction of classified intelligence. However, these planes were shot down by the Soviets, which further pushed the United States government to try out even more high-risk plans.

As a result, President Eisenhower gave the military and the air force permission to start the infamous U-2 program. For those of you who don’t know, the U-2 program revolved around using high-altitude aircraft for surveillance which would evade detection because of the altitude at which they flew.

However, to safely test out these high-altitude aircraft, the Air Force requested a secluded base of operation. According to official papers, this base would serve as the center of development and deployment of the planes involved in the U-2 Program. President Eisenhower complied and, thus, Area 51 was created.

As soon as Area 51 was opened to classified scientists and pilots, things got out of hand really quickly. Reports of UFO sightings by civilians in the area started pouring in when these high-altitude aircraft took to the sky.

In fact, a recently released report by the CIA underlines that most of these sightings were reported by commercial airline pilots who simply were not used to seeing man-made aircraft soar that high in the sky. We could say this is completely understandable, as commercial liners flew between 10,000 and 20,000 feet in the 1950’s and the aircraft that were part of the U-2 Program flew at heights of 60,000 feet! The problem with that theory is that sighting by commercial pilots and civilians alike do not claim what they witness looked anything like a U-2 jet powered spy plane with wings and a tail – nothing like that. However, it was during this time that extraterrestrials also starting eavesdropping on the activities at Area 51. The government agents involved at the base were not allowed to disclose information about these extraterrestrial visits and as a result, all UFOs flown by clearly technologically superior beings were written off as part of the U-2 program and the program was officially closed in the 1950’s.

If you use Google Earth and Google Maps, you can see for yourself the United States base at Area 51 is still active. Now, why would the US Air Force still occupy and use a base should have been closed down when the U-2 spy plane program ceased operations int the 50’s?   Furthermore, there have been many peculiar accidents over the years that suggest something really highly classified is ongoing on at Area 51.

For example, an Air Force operative was reported dead when conducting a test-flight over the Nevada desert just last year! While our hearts and thoughts go out to the person’s friends and family, it’s worth noting that the Pentagon was hesitant in identifying the operative and the aircraft they were flying. This has led many people to claim that the aircraft the US operative was testing, was reverse-engineered from the UFOs that came to Earth prior to, during the U-2 program, and after it, as they still do to this day. This makes much more sense than the official government cover-up or misdirecting statement, as it’s more likely for a human to lose control of a reverse-engineered extraterrestrial technology-based aircraft than the notion that the US Air Force would shoot down one of their own prototype experimental and perhaps anti-gravity powered space ships if a test pilot died in flight at the controls for some unexplained reason – that too on US soil!

Once you start investigating the facts and the tidbits of information that the US government occasionally releases, you’ll come to the conclusion that a lot of alien activity goes on at Area 51. Here are a few reasons why the general public continues to link Area 51 to alien activity.

For the sake of debate, let’s accept the official statement that the aircraft seen by civilians near Area 51 are man-made. Then how can these aircraft emit more light, be more agile, and make sharp, 90° turns mid-flight at incredibly high speeds beyond the capability of any publicly known or disclosed aircraft? The numbers simply don’t add up, as there are no aircraft capable of achieving even 1% of what these reported UFOs are capable of!

One item that often gets swept under the rug is the video of classified scientists from Area 51 performing an autopsy on an alien body. Reports suggest that the alien body was recovered from the Roswell crash site after it was found in the wreckage of an alien spaceship that crashed on Earth in a farmer’s field!

Despite people claiming alien activity, classified United States scientists and government officials remain silent on the subject matter for now, for the most part!

There have been numerous ex-employees who have released sworn statements about the alien activities that regularly occur at Area 51. For example, an ex-employee by the name of Boyd Bushman has publicly released pictures of beings that don’t look remotely human to begin with! Furthermore, he has also claimed that aliens and humans work together at Area 51!

Similarly, well-respected physicist Bob Lazar has also claimed that he was tasked with reverse-engineering extraterrestrial aircraft that were retrieved prior to, during, and after the U-2 program! Lazar said that all alien artifacts and technology are stored in a huge vault under the secret base and claimed that the people in charge at Area 51 are in cahoots with aliens or extraterrestrials!

The fact is that the truth is out there for the world to see and all one needs to do is keep an open mind and set out with noble intentions. The deliberately hidden truth kept tightly classified on our planet can be discovered by closely following the works of prominent direct direct experience based, hidden truth revealing researcher R. Scott Lemriel.

Over the years, R. Scott Lemriel has made many appearances on radio and TV shows and has  conducted special presentations at numerous international conferences, where he has openly revealed the hidden truth about the existence of extraterrestrials and their past and ongoing involvement with this planet and its people.  Earth or rather the hidden truth about a far more ancient history of Earth and our solar system, galactic history, and the existence of advanced extraterrestrial being existing out among the star are disclosed.

To learn more about what R. Scott Lemriel has to say, order your copies of the his hidden truth revealing books The Seres Agenda (with a very special techniques section at the back that provide safely protected ways to access deliberately hidden truth) and The Emerald Doorway (book one of The Parallel Time Trilogy series) that reveal much about how both benevolent and malevolent extraterrestrials were involved long ago on Earth influences all life, as they still are today but in wondrous unexpected new way!

Find your copies of these amazing books that are designed to assist you to co-create having your own safely protected experiences with hidden truth at: www.paralleltime.com.